September 28, 2018
Youngest daughter and I went on a shopping spree. I know you are thinking what is this doing on Friday Freebies then. Well, we went shopping with other people's money. Recently Hubby and I needed some clothing items. We are going to a wedding and I borrowed a dress from my sister. Unfortunately, we are not the same size shoe. Hubby has been needing a new belt so we went to Sears while they were have a special. If you spent $50 you got $25 back in reward dollars. So that is what we did. I also managed to get a $12 free cash added onto my card.

YD is in a skit at school. They wanted everyone to wear the same thing. They are doing a 50's look. They wanted  black pants, black top, red sneakers and a red scarf for around her neck. She needed red sneakers.  We went to Sears to see what they had. 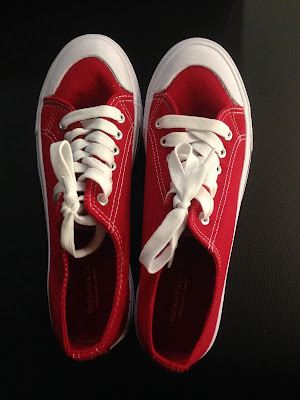 They had this pair on sale for $14.99. I used the $12 free cash since you have to use all of that in one transaction. Then I paid the rest with some of the $25 we had earned. It cost us $0 OOP. We also earned another $8 in free cash. So I have $31 to put towards Christmas shopping. YD and a few of her friends have decided to wear these outfits for Halloween so I don't have to worry about that now. 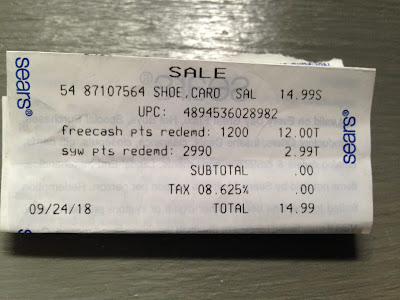 YD only had 2 pairs of jeans that were fitting her. I had a Macy's gift card and they were having sales. She found a pair she liked and I paid with the gift card. There is still more money left on it so that will probably go to Christmas too. The jeans are folded in the picture. I don't just say to the kids, it's back to school so here is a bunch of money. Go buy a bunch of clothes whether you need them or not. We buy want we need when we need it. 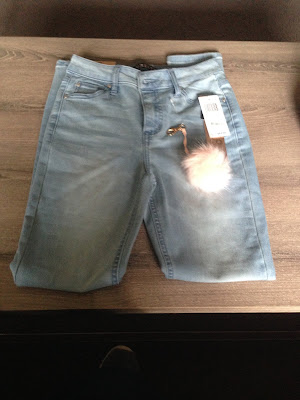 YD was craving Starbucks. We really only get it when we are at the mall and if we have a gift card. I still had a gift card I was given, I think for Mother's Day. So I treated. 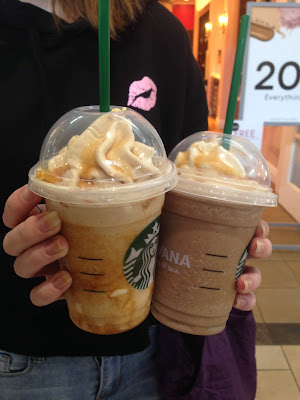 When we were done, we went to Staples because they keep giving me $10 off any $10 purchase. YD conned me into getting her snacks. She really is such a good kid and doesn't ask for a lot. I would never have paid $9 for the bin of peanut butter pretzels but for free I will get them. She saw the baby bottle pops and wanted one too. Since I never buy them I said OK.  The total at Staples was 28¢ but between the mall and Staples parking lot we found 2 quarters so we actually made 22¢. We had a nice time, got some freebies and even made some money. That is my kind of day. 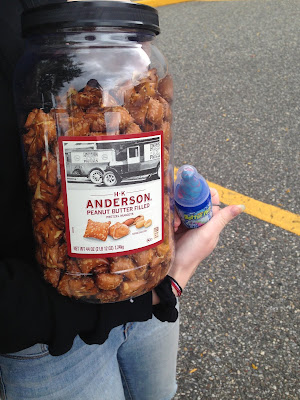 YD brought home more pizza from float build. A total of a pie and 1/2. We are happy to eat it. She also brought home lots of food from the Senior Breakfast. We got bacon, home fries, donuts, juice and maple syrup. They were going to throw it away and I think she hates food waste as much as I do. One other girl took some food home. There was over 150 kids. Because YD helped set up, she was given a free ticket. That saved me $10. 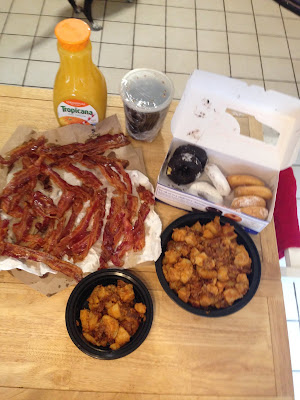 I got free juice from Stop & Shop. It was supposed to be a 4 pack but they never got them in. The manager let me substitute the large bottle. 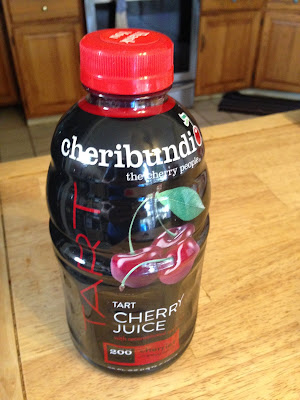 I got a freebie in the mail. It is a make up remover that will end up in one of the girls Christmas stockings. 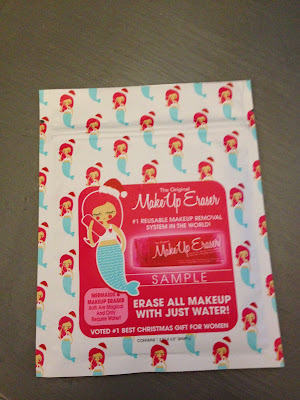 The garden is slowing down but I am still get enough goodies to eat throughout the week. I may get enough to do one more batch of sauce. 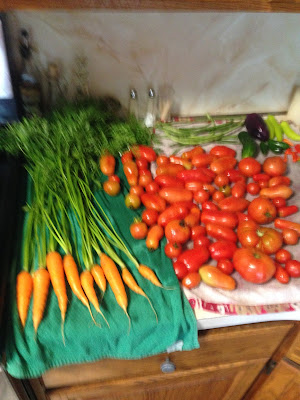 Hubby and I went to a free Home Show at a nearby college. It was free parking and free admission. 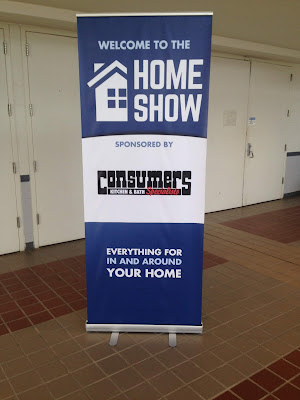 We even got a few freebies while walking around. 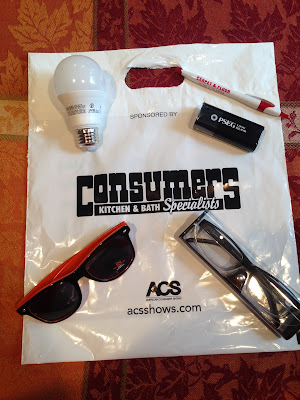 We got a pair of sunglasses, a pair of reading glasses, a tin of mints, a pen and a LED light bulb. We also signed up for a free energy audit of our home from PSEG. They came on Wednesday and did all sorts of tests. They will be back next week with the results and we will get LED light bulbs free for completing it. 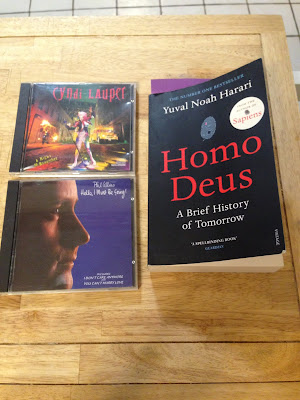 I went to Hubby's office last weekend to bring him food while he was doing a major upgrade. The office has a free section to leave and add things that others may want. I took a book and 2 CDs.  Hubby also brought home rolls and bagels that were leftover and would have been thrown away. 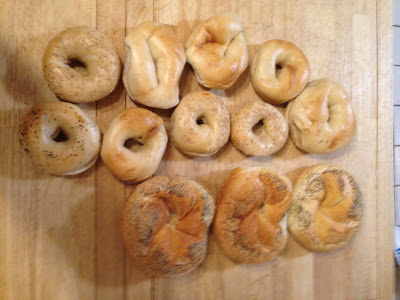 My son brought home lots of goodies from work that would have been thrown away. I cannot tell you the last time I had to make bread. 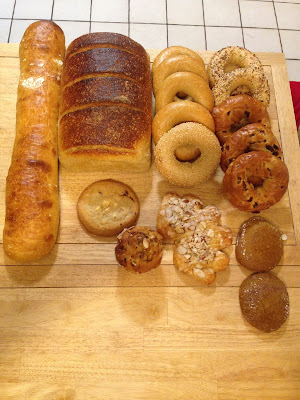 My cousin and I went out to breakfast. Her youngest child just started school so we got to hang out without any kids. I used a gift card to pay for mine.

What freebies did you get this week? 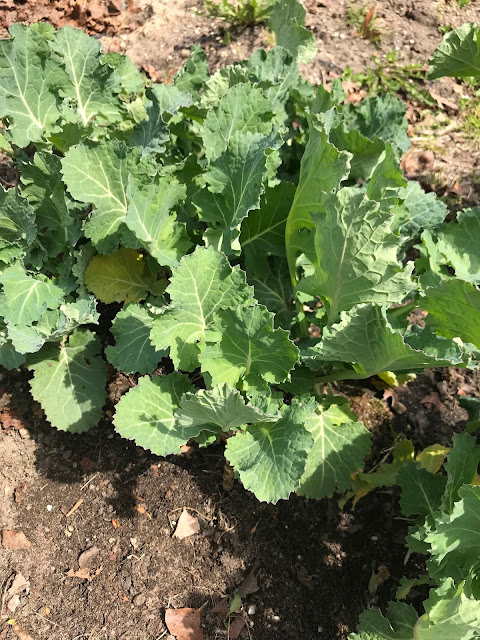 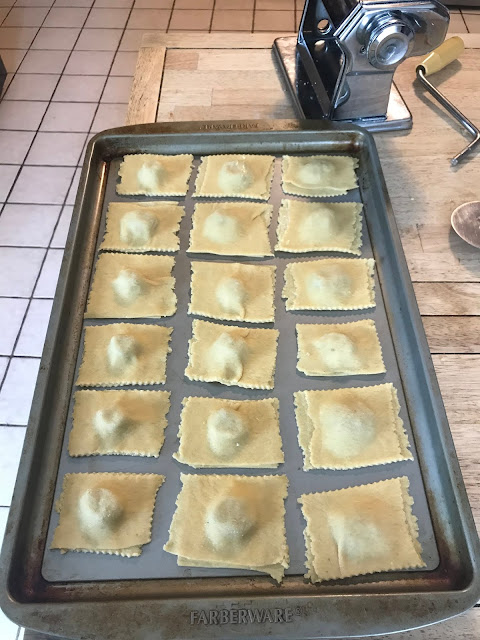